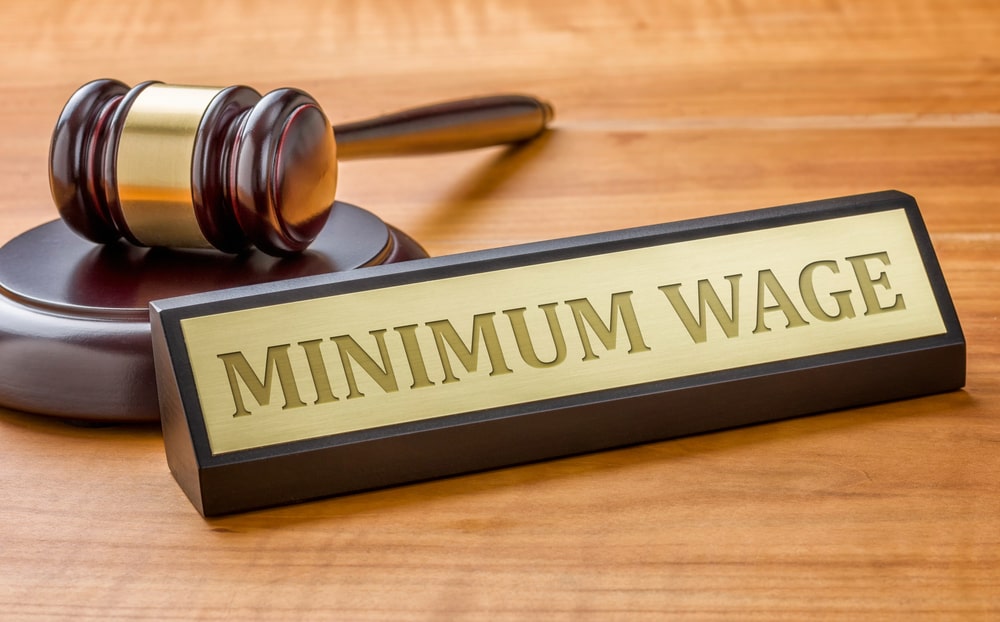 In the words of Mc Connell, the wage is monetary compensation paid by an employer to employee in exchange for the work done by him that may be calculated as fixed amount for each task completed (task wage or piece rate), or at an hourly or daily pay (wage labour), or based on an easily measured amount of work done.

Bentham states that wages are among one of the most important conditions of work and major subject of collective bargaining. Basically, wage is considered as means of providing income for employee or any economic premium paid by an employer under some contract to his workers for the services delivered by him.

As Hansen implies that wages are the economic premium for the assistance in production in any industry. Wage is compensation paid by an employer to employee for work done for any establishments during a period of time. It constitutes of financial support, family allowances, relief pay and other benefits for the workers and his family members.

Wage is monetary or non-monetary reward for the services rendered by an employee to his employer during a period of time. The concept of wage is as old as society itself. In primitive days, wages were paid in kind, i.e., mostly in grains and food but with the advent of industrialization, wages became a sensitive area of public policy.

The concept of minimum wages was first developed in reference to workers’ remuneration in industries where wages were significantly lower than wages for similar types of labour in other industries. This emphasises the state’s role in ‘improving the general economic conditions of workers, which appears to be at conflict with the old laissez faire doctrine.

In 1928, the International Labour Conference of the International Labour Organization in Geneva adopted a draught convention on minimum wages, requiring member countries to establish and maintain a mechanism for determining minimum wage rates for workers employed in industries. As a result, a Royal Commission was established to investigate the matter.  The establishment of wage fixing machinery was also discussed at 3rd and 4th meeting of the Standard Labour Committee in May 1943, as well as at successive sessions of the Tripartite Labour Conference in January 1944, where the enactment of minimum wage legislation was approved.

NEED OF THE ACT

Labour has been regarded as a commodity under the law of demand and supply for centuries. The employer, in a much better economic and social position, dictated employment conditions and therefore exploited the employee. During 19th century, the industrialists were forced to abandon the commodity-concept of labour and subject their wage decisions to labour output and collective bargaining. In the 20th century, the dignity of labour was first recognised as a means of ensuring social justice for all.

In India, the Minimum Wages Act, 1948 was adopted for welfare of labours in a competitive market by providing them a minimum rate of wages for their services rendered in a certain employment. Because of the following conditions in India, the need for the statutory fixation of minimum rates of wages is justifiable:

(2) The Act provides for the fixation of:

for different occupation, localities or classes of work and for adults, adolescents, children and apprentices.

(3) The Act provides that the minimum rates of wages may consist of:

(a) A basic rate of wages and a cost of living allowance, or

(b) A basic rate of wages with or without the cost of living allowance and the cash value of the concessions in respect of essential commodities supplied at concessional rates.

(4) The Act requires that wages shall be paid in cash, although it empowers the appropriate Government to authorize payment of minimum wages, the either wholly or partly in kind of particular cases.

(5) The Act provides that the cost of living allowance and cash values of the concessions in respect of supplies of essential commodities at concessional rates shall be calculated by the competent authority at certain interval.

(6) The Act empowers the appropriate Government to fix the number of work hours per day and to provide for a weekly holiday along with the payment of overtime wages in regard to any Scheduled employment in respect of which minimum wages have been fixed under this Act.

(7) The Act provides for the appointment of Inspectors and authorities to hear and decide claims arising out of payment of wages at less than minimum rate of wages, or remuneration for days of rest or of work done on such days or of overtime wages.

(8) The Act provides that in case of non-compliance of the Act by not paying minimum rates of wages, a claim can be made under section 20 of the Act before the labour authority who can make of order of payment of 10 times of difference amount.

(9) The Act provides that paying no minimum rate of wages that is an offence punishable up to six months’ imprisonment or with fine up to Rs. 500 or with both.

SCOPE OF THE ACT

The Minimum Wages Act of 1948 was enacted to establish minimum wage rates in certain scheduled employments. It takes effect on March 15, 1948. The National Commission on Labour has described the Act’s progression as a major milestone in the country’s labour law history. The Supreme Court explained the philosophy of the Minimum Wages Act and its importance in the context of Indian conditions in the matter of U. Unichoyi v. State of Kerala[1]:

“What the Minimum Wages Act purports to achieve is to prevent exploitation of labour and for that purpose empowers the appropriate Government to take steps to prescribe minimum rates of wages in the scheduled industries. In an underdeveloped country like India, which is facing the unemployment crises on a very large scale, it is not surprising to see that labour is forced to work even on starvation wages for their survival. The policy of the Act is to prevent the employment of such sweated minimum rates, the capacity of the employer need not to be considered. What is being prescribed is minimum wage rates which a welfare State assumes every employer must pay before the employs labour.”

According to the Preamble of the Minimum Wages Act, 1948, this is an Act to provide for fixing of minimum rates of wages in certain employments specified in Part I or Part II of the Schedule of the Act.

Check out the next chapter of labour law, The constitutional validity of Minimum wages Act

Previous Posts All you need to know about the Sedition Law in India (Short answer notes)
Next Posts Introduction to Anti-Defection Law, 1985